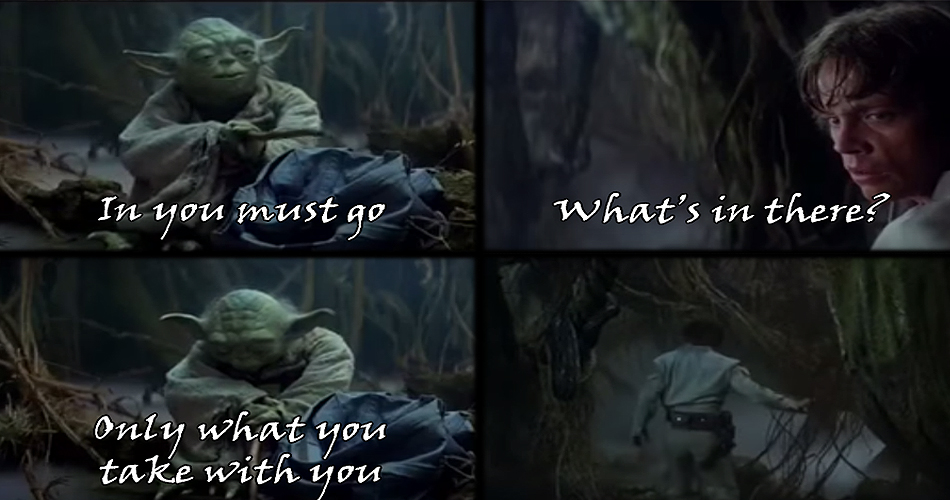 My daughter went on a school music trip to the USA a few years ago. At one school they visited, the students noticed a sign posted at the entry, saying ‘no guns and no drugs’. One of the students drew a comparison with their school, which (at the junior school), has a policy of ‘no nuts’. It’s a difference between our societies that was highlighted again with the massacre in the gay nightclub, in Orlando, Florida, which occurred shortly after. There were many reactions to that massacre, with people trying to explain what happened and how it could have been avoided, but one that caught my attention, reported as being the response of the FBI, was that the shooter, Omar Mateen was a Muslim and so it was a therefore terrorist attack. It seemed to me an example of what’s in today’s gospel story.

Accounts of individuals being possessed by evil spirits in the New Testament fall into two categories, which could be called inner and outer. First I’ll talk about the outer version, as that pertains to what the FBI said. Basically, outer possession involves an individual bearing the brunt of a spirit, drive, or energy, which actually possesses the society as a whole. That’s what Jesus encounters in the wild man in today’s gospel story. To get the full picture, we have to know the history behind the situation, for this is not something that could have occurred anywhere else, at any other time. It is a manifestation of what occurred at a specific location and time. The location is an area in which the people had a history of fierce independence, but had been overrun by the Romans, involving a number of massacres, with thousands of people killed, yet the locals did nothing about it, quite possibly, not even talking about it. They suppressed the horror. With Jesus’ arrival, ‘wholeness’ enters the situation. Wholeness and suppression do not go together, so the spirit of suppression is immediately challenged. Wholeness heals the brokenness which suppression draws upon to exist. Hence the threatened response of the possessed man. This is a confrontation between personal wholeness and the personal that is fractured. Jesus exorcises the evil spirit. By the way, the spirit is evil because of what it does, i.e. psychically tearing the man it possesses apart. It is not just generally ‘evil’. There’s no such things as evil spirits that fly around creating one sort of evil in one place and another sort of evil somewhere else. This spirit only exists because of the circumstances of this particular location and time.

The key action in Jesus’ exorcism is when he elicits the spirit’s name, which is Legion. The man is possessed by ‘Legion’. What else is possessed by a legion? The land is. That place at that time is possessed by a spirit named Legion, which is the Roman military unit that is now in control of the land, a region which was previously fiercely independent. The result is massive angst – anger and pain, which is not expressed: energy which has to go somewhere. But to express it openly was dangerous. So this bloke becomes like a lightning rod, kind of absorbing the energy of collective angst. The result: harmony, peace. No more communal angst. The society is free of having to address its own fracturing. By eliciting the spirit’s name, the real evil is revealed.

When the FBI labelled the Orlando massacre an act of terrorism, it seemed like a case of creating an escape goat, or a point of fracture, which draws attention away from the real evil, or at least a more significant contributor, which is the lack of gun control, and behind that, also the powerful belief in violence as the means to solving conflict. Apparently over 30, 000 people are shot dead in the USA every year. The Orlando massacre was only one of 43 gun-death incidents in the USA that day.

Of course, it’s always easier to see what’s wrong with other people and other societies, and we can

always be grateful for the USA for providing us with a means of avoiding seeing the ways we might be heaping responsibility for communal problems upon individuals, instead of addressing things that need changing. Blaming refugees for taking jobs of locals would be an example. Pertinent to a massacre in a gay nightclub, what about attitudes to non-heterosexual people? The church needs to examine how its attitudes encourages violence towards them. Our society hasn’t worked out how to talk about issues around sexual persuasion. Remember Malcolm Turnbull promising that if elected, he would initiate a plebiscite on same-sex marriage, because that was his party’s position. Bill Shorten’s response was that he didn’t want a plebiscite, because it would allow the haters to come out and make life harder for the LGBTIQ people. (Interestingly, these positions are also found in the Anglican Church). This shows we had trouble even having a discussion about it, and still do. Calling people who disagreed with same-sex marriage evil wasn’t helpful either. They’re not evil, they just don’t agree with it. One thing this shows is that we need more discussion, but even more important, we need to learn how to talk constructively, which shows the necessity of the gospel imperative of non-rivalry. Unless we can let go of our rivalry with one another, we’ll never truly advance.

I mentioned before the ancients also believed in inner evil spirits. These involve circumstances in which

a spirit, drive, or energy, oppresses a person from within. It is not something external, or foreign to the person, but is an aspect of themselves which has either taken over the whole person, or suppressed an important part of their personality. The least helpful thing for a person in this state is exorcism (driving out the spirit), because it results in them losing their soul, (as opposed to being freed from a spirit). There is something of this in the case of Omar Mateen, the Orlando shooter, for he seemed to have suppressed his sexuality, and then projected his hate for himself onto others. As a society, church, or other influential body, we need to look at how we might be influencing people to hate aspects of themselves. Telling men they should always be tough and women they should always be pretty, are examples. But also as individuals, we need to look at ourselves and see if there are things within us we are suppressing, which need to be allowed to be part of who we are. Sometimes that just means acknowledging the strength of certain drives within us. Writings of the spiritual ascetics sometimes speak of feeling overwhelmed by lust (for pleasure or entertainment), or feelings of anxiety, anger or depression (not ‘clinical’) and this being the way God revealed to them their inner powers, which need to be accommodated or accepted and then redirected, primarily through love.

In the story of Star Wars, there is a scene involving hero Luke Skywalker undergoing training by Yoda, the Jedi master. Luke senses that a particular location has strong spiritual presence. He asks Yoda what is in there, and Yoda replies ‘only what you take in there’. Upon entering the place, Luke encounters his nemesis, but his real threat is the fear he took in with him. When Omar Mateen stepped into that gay night club in Orlando, he may have wondered what he would find there and his answer would be people he hates, who he would kill, but the reality was that he was only going to find what he took in there, which was self-hatred.

As people who strive to be spiritually responsible, we too need to ask ourselves, regarding the circumstances into which we go: what are we taking in there? Are we taking in demons of the past, or the present? Are there aspects of ourselves which take over, rather than contribute, or which are suppressed, rather than contributing to our whole self? If so, they need transforming, or letting go of. That requires spiritual discipline, but above all, love. These energies which dominate and drive us, are not our true self, for our true self is the image of God.