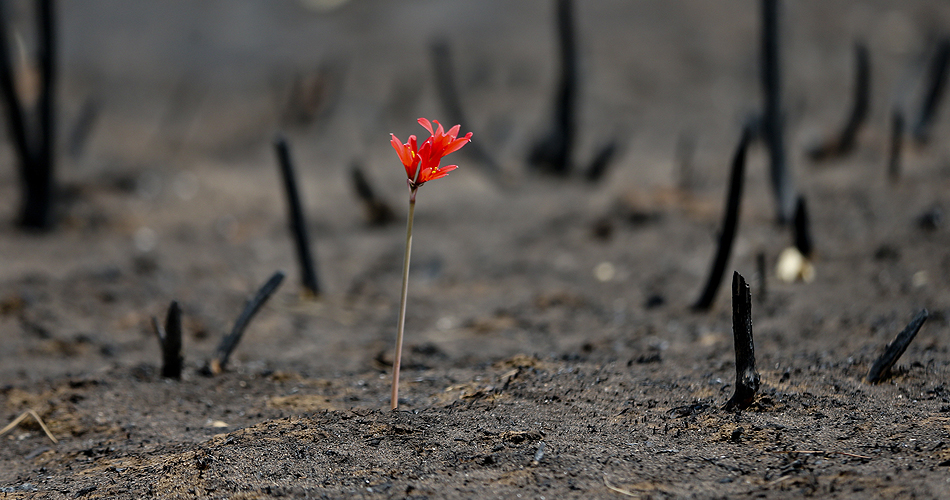 Easter has no significance in itself. Jesus can only be raised to life because he died. New life comes from brokenness. There is another story of brokenness which we are all familiar with. It goes like this: Humpty Dumpty sat on a wall. Humpty Dumpty had a great fall. All the king’s horses and all the king’s men, couldn’t put Humpty together again.

What would be a Christian version of this? Would it be an additional line stating ‘but God was able to put Humpty together again’? No, I think it would more likely be something like ‘so God made the king scrambled egg for breakfast’. From Humpty Dumpty’s point of view that’s seems like a bad outcome, but he’s only an egg, so there’s no problem. A Christian version of this story would have something good come out of a bad situation.

There is, of course, the question of why Humpty Dumpty fell off the wall. If he hadn’t, we never would have heard of him, because an egg sitting on a wall doesn’t attract our attention. The falling off part is what we relate to. You probably can’t remember back far enough, but I wonder if, when you first heard about Humpty’s fall, you were not surprised. That’s because as children we’re used to falling off things. It’s a natural part of life. When we become adults though, we expect not to fall any more. And I don’t mean that just literally, but also metaphorically. In other words, we expect life to go smoothly, as planned by ourselves, or according to a plan handed to us. In the Bible though, we are reminded that is not the way life is, which is a really important lesson, and that it never was meant to be the way things are, which is another really important lesson. God creates the world and it’s not long before things fall apart and there’s chaos, – that’s the myth of the Fall in the Garden of Eden. Prior to that, we’re told that God even created the world out of chaos. From one perspective, the story of the Fall seems like something has gone wrong, but it’s not saying that, rather, we are being told that this is the way life evolves, the way God creates, or you could say recreates.

It is no coincidence then, that in John’s Gospel, Jesus’ tomb is placed in a garden. Mary Magdalene mistakes Jesus for the gardener, which he’s not actually. Instead, he created the one in the garden. He’s God and now, calling her by name, the Creator in the form of Jesus is recreating Mary. He has given her new life out of her past, a past which no longer served her.

We too live in a time when the past no longer serves us. For example, the church is not what it used to be, so we face an uncertain future and aren’t sure what to do. If we lift our heads above our own situation though, we see that it’s a metaphor for life. The church isn’t the only body of people having to cope with change either. Many businesses are finding that the old way of doing business doesn’t work, or isn’t going to work for much longer. As we shift from an economy based around manufacturing, people’s jobs are under threat. We’re heading into a bit of chaos there. They’re just some examples of the sorts of chaos resulting from changes in our society and on a global scale.

On a more personal level though, in the normal course of events, we experience chaos as we find ourselves in the gaps between the significant places in life where we have let go, or lost, what we had before, but don’t yet have a worthy replacement. Those gaps include being caught between things such a house full of children and experiencing an empty nest; or being caught between living in prime-of-life action and living in stay-at-home retirement; or being caught between being self-sufficient and being dependent; or caught in the gap between being in a committed relationship and being alone again because of bereavement or divorce; or being between leaving school and finding a job; or being between feeling great and having to live with accident, illness or physical diminishment; or being in the gap between pursuing dreams and experiencing disillusionment. (From Margaret Silf The Other Side of Chaos, p.20) So much of life is lived within these gaps and experiencing the chaos that comes with that.

The temptation here is to try and escape the chaos of the gap by returning to the past, or grasping at an immediate way forward to the next space. The trouble with returning to the past is it doesn’t exist anymore, so there’s nowhere to go. The trouble with grasping for an immediate way forward is that we’re not always in the best frame of mind to judge what is best. An example is the person who jumps into a committed relationship with someone, to overcome the loss of a previous one.

The clue to surviving the chaos which comes with being in a gap between significant places is remembering that new life emerges out of chaos. Mostly, it seems that God creates out of chaos: not by first putting the chaos aside, but out of it, out of what has collapsed, finished, come to an end, been exhausted, had its day, or died. New life then, will emerge, or be generated, from amidst our experience of loss and grief. It means it will come while we are in the dark and struggling. That’s what we’re being shown in the story of Mary Magdalene at Jesus’ tomb. Resurrection coming out of the chaos of her of loss.

Mary has lost the one whom she loved so much, in fact, the One who brought her out of death to life. Jesus’ love for Mary enabled her to transform the chaos of her past (her ‘seven demons’ is code for overwhelming dysfunctionality) into a life with meaning and direction. When Jesus was crucified, Mary lost what was most dear to her. She doesn’t try and return to her past though, and neither does she try and jump to some new future in which everything will be alright again. Instead, she goes to the tomb (the outward expression of her inner state), in grief, because it is from within the chaos of her grief, that her future will emerge.

Early in John’s Gospel, the writer poses the question of what it is that people desire most in life. Jesus asks two men what they’re looking for. Now at the end of the gospel, we are given the answer to that question in the garden, when Jesus asks Mary what she is looking for. She says she is looking for him, but he corrects her by saying her name, which is at the same time an embrace and the answer to what she is looking for. Yes she is looking for Jesus, but the Jesus of the past has gone, died. Now there is only the risen Jesus and he is within her. She must not hold on to the Jesus of the past, who gave her so much affirmation, because he is within her (ascending to God and being within Mary are the same thing). She no longer needs the ‘old Jesus’. With this union with Jesus, out of the chaos of losing the One who loved her, she has discovered that same love within herself. The resurrection of Jesus and Mary Magdalene are the same thing. What she has been looking for all her life is how God is manifest within her, for how she lives that out is her meaning and purpose.

Going to Jesus’ tomb was for Mary an act of faith. In other words, facing and embracing her loss and grief was an act of faith. Faith is not a degree of certainty that something is true, or something will happen. Faith involves acting, stepping out, (or diving in) as if that’s the case. The resurrection of Jesus is not meant to give us the certainty we need to move forward. It’s to encourage us, when we’re in the gap between significant places, that we’re in the right place from which new life of some sort will be generated. If we accept that, then rather than pining for what we have lost, or grasping at or trying to anticipate our future, we simply need to open ourselves to what God is bringing to life where we are.