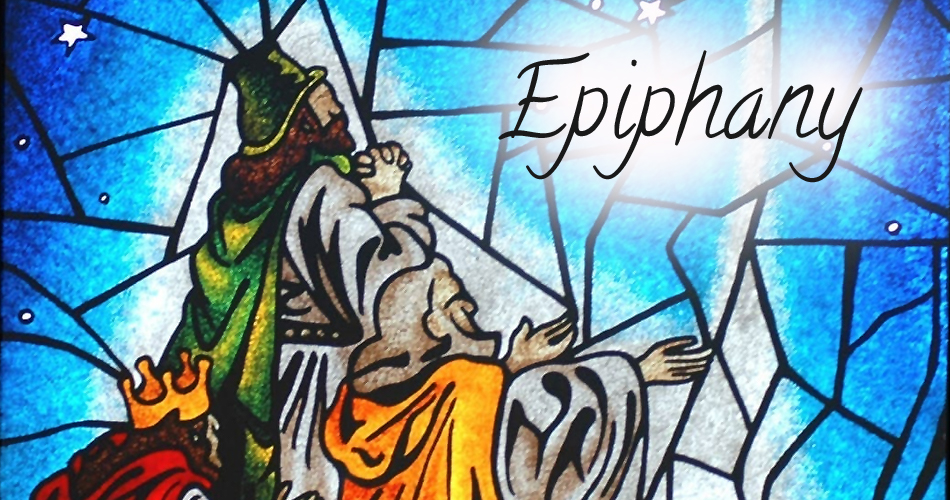 May we be led by the absence of fear to God

I once officiated at the funeral for the mother of a woman who was a professional astrologer. She (the astrologer) was fine about her mother having a Christian funeral, so I guess she didn’t see any great clash there. For me, though, I cannot see how one’s life can be explained and how one can receive useful guidance on how to live, based on the movements of stars. It’s interesting then, that today (on Epiphany Sunday) we’re celebrating the visit by three astrologers to baby Jesus.

There is a connection between astrology and Jesus which existed long before he was born and it’s to do with the number twelve. Jesus chose twelve disciples to represent the twelve tribes of Israel, making them symbolically into the new (spiritual) Israel. The reason there were twelve tribes of Israel was because there were twelve signs of the zodiac and all twelve together represented the whole sky, which stood for ‘everything’ – all humanity (or even all of creation). I’m okay with that, because, applied to Jesus’ disciples, it allows us to see them both as representing humanity as a whole, being called by God to become something new, then stumbling along with that, but eventually also succeeding and offering us examples of how to live. But what shall I make of the three astrologers? If they found Jesus through a means I consider flawed, then do I have to reconsider my understanding of how we find Jesus, or how we find God?

I read about a man who, in order to make a living for about eighteen months, wrote astrology columns. While knowing little about astrology, he used his creative writing skills to write material based on characteristics he could find on other astrology columns. Despite making it all up, he was surprised to receive feedback from readers who commented on how accurate his horoscopes were. One explanation of that was that he was providing his readers with a way of feeling connected with the universe, offering an alternative to the view that we are all just accumulated atoms, existing in a meaningless universe, without purpose.

Long ago, that sense of being connected with the world around you and so being part of God’s creation, was achieved through lists. For example, last week’s psalm contained a list of creatures being invited to praise God. Belonging to one list implies they’re joined together in praise and so something about each of them reflects God’s glory and so is part of God’s life. At the start of Matthew’s gospel, there’s a long list of unpronounceable names – representing Jesus’ ancestors – implying that he carries their history into his death and resurrection. In that way, both their good deeds and their flaws become part of God’s action in the world.

These days we haven’t got time for lists, so we usually go for one thing to connect us with the world around us, or with God. It might be gardening that makes me feel connected with nature, or studying physics that makes me feel part of the laws that hold the universe together (or push it apart). It might be that singing or playing music (or composing) involves something that is both within yourself and beyond yourself. It might be that you come alive when interacting with other people, or you enjoy the peace you find in your own company. These are all different ways that we might connect with what is within, but also greater than ourselves. They are like the star that the astrologers followed to find God. It seems that God has made us so that we each have our own way of finding God. As St Augustine put it: our hearts are restless until we find our rest in God. In other words, until we connect with God in the way we have been made to connect, we won’t be content. It can also be said that we only search for God because we’ve already found God – but not fully, in the sense that we haven’t fully grasped the significance of what God gives us. We’ve kind of had a taste of God and have some work to do before we can embrace what we’re being given, so for example, a person who has received unconditional love, may have to learn to let go of self-rejection before being able to really receive it.

If contentment, or fulfilment only comes through connecting with God, how do we know that our way of connecting with the bigger picture, connecting with what is within us and seems also beyond us, is really connecting with God? It’s the same question as how the astrologers knew that King Herod was not the One they were seeking. They didn’t lay their gifts at his feet. The reason is those astrologers were like dogs, in that they could sense fear. When I was young, I was scared of dogs, so being reminded that dogs could smell fear only made me more afraid. That shows that you can’t just turn off fear. And neither could King Herod. He could make out he wasn’t afraid – feigning interest in the location of the new king so that he could pop a card in the post, but that didn’t fool the astrologers, who accessed their super-dream-powers to discern that Herod was driven by fear.

In contrast to Herod, the message we get from Jesus, is to not be afraid of the life he offers. Angels and human messengers tell us not to be afraid of him. And behind that is Jesus’ total trust in the Father – the God we see only through seeing the Son. The Son trusts the Father because the Father is totally loving – in the Father and the Son there is no fear, only love.

This is important because it is not enough to connect with what is beyond ourselves. It’s nice to feel at one with nature, but nature does not personally care for us. It’s nice to be taken out of ourselves as we listen to music, but that can also be just a break from hardship or the boredom of everyday life. We can also be fooled by something such as the transcendence we experience by being part of a crowd, a group, a congregation, or a nationalistic rally. We might experience a great sense of belonging and power, but it may be at the cost of our individuality and responsibility. That’s not freedom, but bondage.

The transcendence that is connection with God, binds us with life in general and with other people, by infusing us with a sense of care and an awareness that our welfare and that of others is integrally connected. That sort of transcendence transforms our ego into something which serves the common good, rather than something which drives us to get what we want.

The astrologers in the Christmas story remind us that the more fear is absent, the closer we are to God. Of course, when we first move towards God, we may experience fear, but that’s because we’re resisting God. We don’t want to give up something, we feel threatened by what needs to change, or we doubt that God will be in the place we need to go. But if we trust ourselves and trust God enough to go to that place, to face what we need to face, or let our defences against life be broken, we will eventually find ourselves in a place where there is nothing to fear.

Today, following years of tradition, we inscribe above the entrance to the church, in chalk, the initials of the (three?) astrologers who found God by discerning the place in which there was nothing to fear. So too may that be what we allow to draw us to God. But if we find fear, or threat, rivalry, competition or violence, then we need to be wise, and turn and go another way, because instead of God, we have found something which is threatened by God.