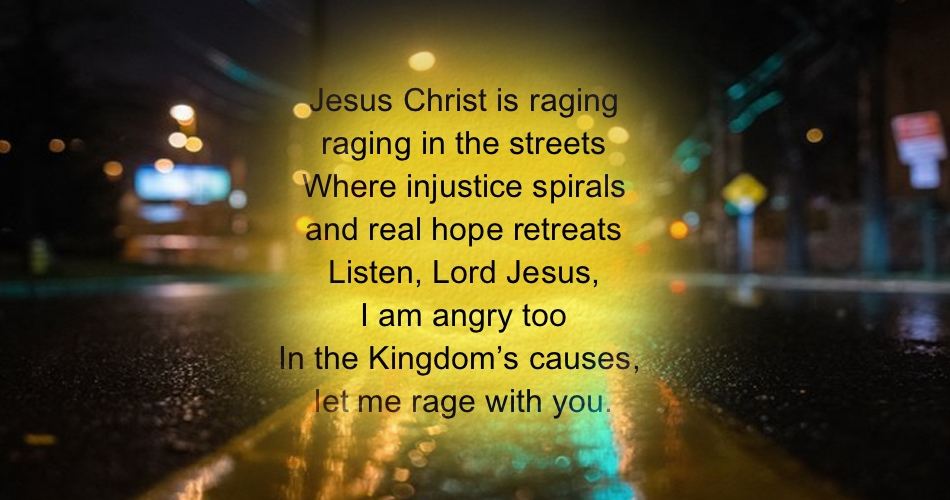 Identity and Renewal in Christ

Reflection for Easter 4 2019 based on John Bell Workshops

The title for the Seasons of the Spirit material for this Sunday is Identity of Resistance. The authors explain the theme in this opening paragraph:

“Scripture links our identity to the identity of God. If we are made in the image and likeness of God, as Genesis tells us, then the image we have of God matters a great deal. If we perceive God as a controlling patriarch, this ideology shapes our identity. If, however, our image of God is of one who overturns the status quo, disturbs the tower builders and those who insist on a monolithic language and culture, we are more likely to develop an identity that resists systems that oppress. The resurrection of Christ is God’s response to the domination of Rome and therefore shapes the character of all who live as faithful disciples of Christ.”

At first I felt a bit uncomfortable with that radical and political view of the resurrection, and with the title Identity of Resistance, which I modified to “Identity and Renewal in Christ”. However, as I think about the uncompromising statement of Jesus that he and the Father are one, which leads to people wanting to stone him as a heretic, I admit that the courage to state one’s identity in relationship to God and in resistance to no belief or mistaken belief, is an important aspect of what it means to follow Christ. In the early church, even the proclamation that “Jesus is Lord,” challenged the view that the Roman emperor was the sole authority and divine. The very word “gospel” was taken from the propaganda announcements of empire, and its use was subverted to imply that here is the real good news, deliberately counter-cultural to that of empire. Are we as followers of Christ called to maintain our identity in the face of rejection and the pressures of culture, just as Jesus, Stephen or Paul were prepared to face the stones thrown by their opponents, and the punishments meted out by the Roman empire?

The issues of identity, resistance and renewal were key themes of the workshops John Bell gave in Adelaide and that Katrina, Sonya and I attended. Using those themes as a focus, let me tell you some of what he said and what we all sang. I think John Bell would agree with a lot of the statements made by the Seasons of the Spirit commentators. There was a very thought provoking segment in the workshops called “Singing our way into and out of belief”, in which John was showing that we believe what we sing, and the effect of what we have sung early in our lives hangs over into later life, if we don’t question the images those songs planted in our memories. He told us about a man who had trouble coping with the idea that Jesus was indignant in a Scripture story. John pointed out various places in which Jesus spoke angrily, but the man couldn’t seem to get past the picture planted in his mind from childhood hymns. The man had grown up with hymns that promoted the image of “gentle Jesus meek and mild”, a Jesus who was passive and silent, as in one hymn with lines that read: “yet no ungentle murmuring word/escaped thy silent tongue.” Even Away in a Manger talks about “little Lord Jesus, no crying he makes”, while Once in Royal David’s City has a line in the original that reads “Christian children all must be/mild, obedient, good as he.” Such a passive Jesus unwilling to express human emotion isn’t an image of someone fully human, and modelling ourselves on such an image would surely lead to unhealthy repression. Such an ethereal, emotionally distant Jesus would be very much at odds with the way in which the Celts valued so highly the incarnation of Jesus into the earthy ordinariness of lives like theirs, as John described in the section on Celtic spirituality. No wonder John Bell writes words like these:

raging in the streets,

I am angry too.

In the kingdom’s causes

let me rage with you.”

That verse clearly makes the point that our identity as Christians is linked to the identity of Christ, and if we have a wrong impression of his identity, our own sense of self is affected, potentially robbing us of the ability to be transparent about our emotions, and reducing our motivation to act for justice.

Justice was an important theme in most of the sessions. The Wednesday night began with a session entitled Jesus, Justice and Joy. We sang an early song which begins with the verse Heaven shall not wait

for the poor to lose their patience,

the scorned to smile, the despised to find a friend:

he has championed the unwanted;

in him injustice confronts its timely end.

Justice for women, refugees and the environment all featured in that first session. One of the most moving songs, entitled If, and as yet unpublished, confronted the unwillingness of the British government to find places for Syrian refugees, drawing a parallel between their situation and that of Mary with her child Jesus forced to seek asylum in Egypt.

The second half of the Wednesday night session was entitled Sing with the World, and included the poignant song from Mexico which we sang before the gospel. I chose it because it seemed to fit with the story of Tabitha, the woman devoted to good works and acts of charity, who died but through Peter’s prayer was returned to life to continue her ministry with the widows:

When we are living, we are in the Lord,

and when we’re dying, we are in the Lord

for in our living and in our dying

Each day allows us to decide for good,

loving and serving as we know we should;

in thankful giving, in hopeful living,

John Bell suggested that we need to look at why we sing the songs we do, and whether we should sing songs that give a mistaken image of God or Jesus from an earlier cultural perspective. In fact, he challenged us in general to be more aware of who we are and why we do what we do. He challenged us to be more self-critical about our consumerism, to make conscious choices for the good of all, not to go along mindlessly with consumption which is inflated by advertizing for the sake of economic growth, but which is achieved at the expense of poor workers and the environment. He urged us to be transparent about our use of money and described the commitment made by members of the Iona community to tithe, but also each year to get together with a group of other Iona members and talk about their choices in the use of money during the year, so as to be accountable for what they have done, and to make decisions that will benefit others in the future. He asked us to consider why money is such a difficult issue to have a frank conversation about, both in social circles and in churches. He asked why churches attended by relatively well-off people still see themselves as financially inadequate. He challenged us not to believe or spread rumours about ourselves, such as “We’re struggling, or we’re ageing.” As he said, who would then want to join such a church? He also said that God doesn’t practice ageism – look at Abraham and Sarah.

He also challenged us in our churches to think about what our buildings are saying to us and to outsiders, and what we want them to say. He described some congregations who had taken the risk to make conscious changes in how they used their buildings, or sold their buildings and rented space in the community. Congregations started to grow: one because they enabled others to see who they are through pictures on the outside of their windowless front wall, others because their use of space and hospitality encouraged more community and togetherness. He gave a couple of illustrations of how important it is for members of church communities to talk at depth to one another. He told the story of a retreat for church elders he was asked to conduct. When he asked the minister what he wanted him to do, he said, “Just get them talking to one another.” So John Bell decided to encourage shared talk about their faith journeys. He gave an example by dividing his own faith story into 4 sections, and telling a story to illustrate each of the stages. He asked them to jot down on paper their own 4 stages of faith, and make a note of a story that would illustrate each. Then he asked them to go away in groups of 3 or 4 to share their stories. After the morning session, one elder came to him quite moved. He said he was in a group with a man he had always seen as an adversary. As a result of hearing the man’s stories, the elder said to John Bell, “I never knew anything before about his life or his faith. Hearing that has completely changed my attitude to him. I can’t thank you enough for enabling that to happen.”

I wonder what it is that matters most about out identity, and our resistance to the unjust or unthinking behaviours of our society. We know the voice of Jesus, but what is he saying to us specifically. What are we saying to each other and the community? To what new life are we being called and what prayer or awareness or sharing might awaken that life?