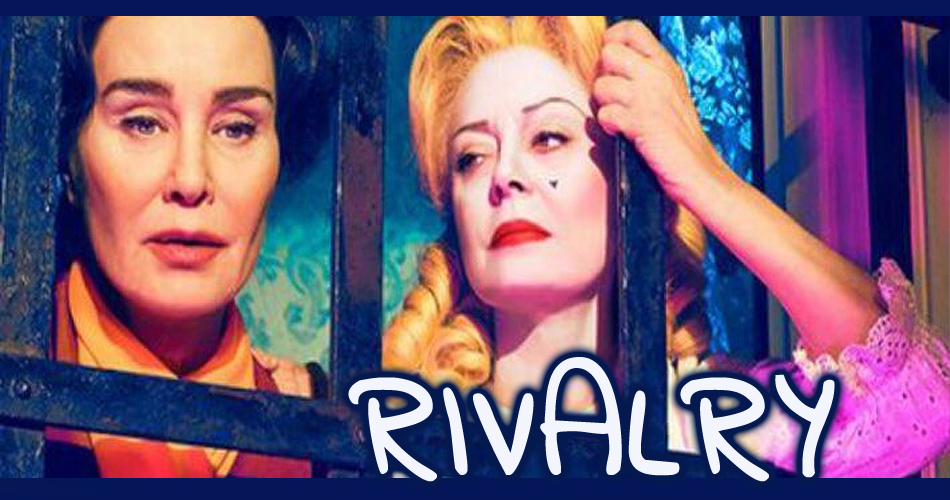 Free of rivalry, we can do extraordinary things

As Christians, we are familiar with the cross being our central symbol, yet to outsiders, it may seem strange that we focus so much on an instrument of death. People who don’t understand Christianity may think we believe that Jesus’ death on the cross represents a transaction to appease God, for humanity, which, through sin, has made itself into God’s rival, and thereby requires a sacrificial payment for its sin. The notion of God needing to be appeased, or requiring payment, would mean that God and humanity are kind of on opposing sides. With the way we talk about Jesus’ death, that interpretation fits, but it is wrong.

Rivalry, or competition, is the main problem between God and humanity, but it is all located within humanity. The point of Jesus’ death on the cross is not to save us from God’s anger, but to save us from our own rivalry.

In order for that to occur, we had to be first shown the extent of rivalry within ourselves. When we compete with each other, the effects are obvious – poverty and war, along with exploitation of the earth. That’s the big picture. On a smaller scale, we’ve all had experiences of being ignored, excluded, or overridden. As a society, we are much more sensitive to issues around interpersonal violence, whether in the form of bullying, sexual abuse, child abuse or domestic violence. All of those are versions of rivalry. And often the suggested means of dealing with them are just another form of rivalry, for example, if, as a child, you were bullied at school, what did you want to see for the child who had bullied you? Most likely, some form of suffering – that they would get in trouble, or someone would punch them in the face. As adults, we just engage in more sophisticated versions of the same thing. How this relates to Jesus’ death on the cross, is that his death is the result of rivalry. What he is showing us in that, is that that is where it all ends – in suffering and death. He is saying – this is what you are doing, this is what you bring about for yourselves and each other – and the earth. Only when we begin to see how much we are caught up in that way of behaving, can we begin to let go of it. Rivalry is what is traditionally called original sin. We don’t do it because we’re rotten. We do it because we’re born into a world where it’s normal.

When we begin to let go of rivalry, then something new can replace rivalry as the driving force of our thinking and behaving. What Jesus offers for that, is his perspective on life, which is love. It starts with knowing we are loved (given life and unconditionally accepted as we are) and then discovering in ourselves a joy in sharing ourselves with the world (which includes compassion and care for others). When we allow that perspective of Jesus (seeing as he does and acting as he does) to be the driving force of our lives, that is also allowing the Holy Spirit to enliven us. In that state, we experience God’s peace, which is a foundation for life, absolutely free of rivalry. That peace is what we symbolically share with each other during the eucharist.

Christianity provides a unique insight into human rivalry, but is not alone in that, in fact, in the ancient

Hebrew scriptures, we see, over time, an increasing awareness of rivalry and its negative impact in the world. Today, our Old Testament story about Naaman, with his leprosy, highlights the frequency of rivalry. Right from the start we are alerted to rivalry as we are introduced to Naaman as one who fought against the king of Israel. That king’s ego had stupidly driven him into battle in order to take what belonged to others. Prior to that, he had killed one of his own people and taken his land. Later, when Naaman’s own king sent a letter to the king of Israel, asking for help for Naaman, the king of Israel had interpreted it as picking a fight. Suspicion is a form of rivalry. Later, Naaman engages in rivalrous behaviour when he is indignant that the prophet offering him healing, fails to recognise the superiority of the rivers he could have washed in back home. Ranking things or people above or below each other is a form of rivalry. In contrast, those who do not engage in rivalry include Naaman’s wife’s servant-girl, who was kidnapped in battle and you would expect to treat Naaman as her rival, but instead, offers to help him, and his own servants, who tell him to pull his head in and humble himself enough to get the help he needs. This story is a remarkable critique of rivalry, considering it even critiques the king of those who told it – in a time when that was not fashionable. For us though, stories like that are safe, but subversive stories, in that they allow us to see ourselves in the story, how sometimes we behave like the characters in the story, but also, that our behaviour, when like that, is called into question.

When the writer of Luke’s Gospel wrote a mission statement for the church, he said what we have to do is take God’s peace into the world. That means to go out and be with others in a non-competitive way. Be with others, but free from rivalry. He warns that we will come into conflict with others though, because we are challenging the way they value themselves. Some people see their value coming from how many others they can climb over, how much power they acquire, or just how much they achieve in comparison to others. He suggests if you come across people who reject non-rivalry, don’t fight against them. That would be going against the very thing you stand for. On the other hand, there are people out there who already get the whole non-rivalry thing. They already live that peace to some degree or other. What that means is the peace or non-rivalry, which is the perspective of Jesus, is already at work in the world, before we go out to share it. It goes before us. That’s represented in bible stories, by Jesus always going ahead of his disciples, in their journeys. Our mission, as Christians then, is to open our hearts to the Holy Spirit, or the perspective of Jesus, already at work in the world, but we can only do that if we are already letting go of rivalry and allowing that perspective of Jesus to be the spirit which drives us.

When the Holy Spirit drives you, you are freed up from rivalry, and so less judgemental, more compassionate and forgiving, and find greater joy in helping others. But you also develop an extraordinary capacity for creativity. If we go to the story of Jesus’ resurrection, we get Jesus, having taken on the rivalry of the world, but then raised to life again, which means he is then humanity free of rivalry. He is humanity, free of any of the restrictions, or oppression, that comes with rivalry. We get a taste of what that’s like in our relationships with those who are dear to us. We can do so much, create so much, when we feel loved and are free to be ourselves, and find pleasure in allowing others to be themselves. Imagine what we can do as community. There is no blueprint for that, however. No plan. Jesus just said that we would be even more creative than he was. The only thing that is clear, is what the cross and resurrection have given us, which is the edge of rivalry – where rivalry stops and we can begin to live another way. The personal significance of that, is that if we go to the place in our own lives where we manifest rivalry most of all, by accepting that darkness for what it is, as Jesus did with human rivalry in general, there we shall find within ourselves, a capacity for extraordinary things.