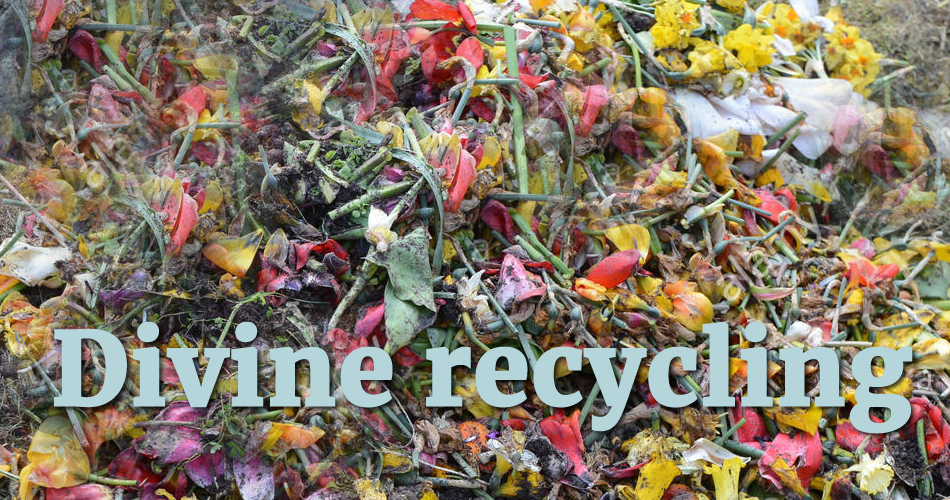 Years ago when my son was young, he had a friend and his sister over to play. My wife was in a fun mood so asked the kids if they wanted to make some slime, which they did. A plastic groundsheet was brought out and the kids slid on it, in the slime. As usually happens when you do things like that, they were eventually so covered in slime that the visitors had to borrow some of our kids’ clothes to go home in. When it was time to go home, my son’s friend said that that day was the best day of his life. And years later he still had fond memories of that day.

Certain events in our lives remain in our memories and we can enjoy reliving them. Photographs are a great aid to that, so that when you look at a photograph of something you were involved in, you re-experience something of that event.

It’s sad when someone you shared a significant event with no longer has the capacity to remember the event. Losing your memory is losing your past. That’s not all bad of course, for example a woman I knew who loved going on outings from her retirement village because she forgot she hated them. But we do keep the past alive and value the past through our memories.

When we face the prospect of our own death we might wonder what people will remember of us. Unless someone builds a statue of us, or we leave some other lasting monument or legacy, it’s unlikely we will be remembered after people who knew us die. Knowing that, can lead us to asking what the significance of our lives is now, if in years to come, we mean nothing to anybody. Are our lives no more significant than a flower which blooms, dies and returns to the earth as compost? The answer is definitely not, and in fact, the significance of the flower too, is far greater than its short life and return to compost. That’s what we’re celebrating today in the festival of the Ascension.

In my humble opinion I don’t think the church has really grasped the significance of Jesus’ ascension to heaven, because all the prayers I could find avoided any reference to Jesus’ bodily lift off. Rather, they focus on Jesus’ arrival at his destination, which is heaven. So I’ll just say a bit about that, because it does offer us something worthwhile, and then I’ll go back to the business about his body rising up to heaven.

For Jesus to make it back to heaven after completing his earthly mission and then sit upon his throne, represents Jesus’ supremacy. There are various ways it’s expressed, such as calling him king, ruler or Lord of the world. Hence St. Paul describes Jesus as being above all social, religious and political power. As Paul sees Jesus as the embodiment of love, he therefore means that love is the supreme power in the world, and nothing else can overshadow it. This means we can trust that ultimately God’s love will win out over oppression and injustice. It is also liberating because it invites us to trust the power of love in our own lives and not be intimidated by those who seek to dominate and control. For this reason, Jesus’ name is above all other names, says St. Paul.

The idea of Jesus rising to heaven to sit at God’s right hand is a way of saying that Jesus is victorious. He’s been given top spot (even his own throne) as a vindication of all that he stood for in his earthly life. Or to put it another way, God awarded Jesus his own throne to say that he was right and good and godly. It’s a sort of divine knighthood, or glamorous way of saying that love is supreme.

Let’s return to the part about Jesus’ bodily rise to heaven, and here we find that the most ridiculous

and hard-to-believe part of the ascension story is the most important part.

Someone asked me whether Jesus took his clothes with him to heaven when he ascended. If not, his disciples must have had a bit of a shock as he rose, but if he did, how could his clothes exist in heaven? These are the sort of questions that arise from the notion of Jesus rising bodily into the sky as he ascended into heaven. I remember once someone preaching about this and telling a joke about Jesus’ disciples hanging on to his feet as he rose in the air, so there was a whole group of them rising up. Strangely, this even more ridiculous idea is an even better representation of what it’s about.

What we have to keep in mind here is that this is a myth. It’s a story, told to convey an idea, and as silly as the story is, it’s the best way to convey what it’s trying to convey, which is that Jesus’ body goes to heaven, meaning it is received into God’s life, and as God is eternal, it means Jesus’ body is plugged into all that means. And what is the body? It’s everything we are, apart from our spirit. As Jesus didn’t leave his spirit behind as he rose to heaven, the myth is saying that everything about us returns to God.

But it’s better than that, and this is where the image of Jesus’ disciples dangling on his feet comes in, Jesus as the one who embraces all humanity, and so takes us all with him. That’s why some of the old hymns speak of us being seated with Jesus on his throne. (We’ve all got our thrones too.) We shall be with him in heaven.

As this a myth, it’s not time-bound and therefore is not just about what happens when we die, however, when we die, our life on earth is complete, so we can say that our life as a whole then is received into God’s life and becomes part of God, but it’s really going on all the time. So the funny image of Jesus rising bodily into heaven is really saying that all that we are and all that we do is constantly being received by God, taken into ‘his’ life and becoming part of God, which then God gives back to the world for God’s purpose. It’s a sort of divine recycling.

What this means is that Christmas, Good Friday, Easter and Ascension are all part of one thing. In fact, it starts with creation. God created the world, so that eventually it could return to God and become part of God, which God would then give back to the world. It’s all one thing. We divide it up into different celebrations so that we can enter into each aspect in slow motion, but it’s about one thing: God’s love creates the world in order to receive back into ‘his life, be affected by it and give back, eternally.

This means that nothing we do is ever lost. Nothing fades to nothingness, because it all is drawn back into God’s life and is thereby given new significance. It’s all reused in some way that is beyond our grasp. This means that that great day of sliding in the slime will never be lost. In some way it will always be part of God and contribute to the world.

A few years ago the American company Disney re-released the film Snow White, which was made in 1937. With the DVD comes computer games using the old footage. Who in 1937 would have thought that such a thing would be possible? No-one would have even imagined such a thing, because DVDs and computers weren’t invented. That’s a really simple example of what the myth of Ascension represents.

Once I received a phone call from someone whose wedding I had celebrated 16 years previously. She wanted to say, on behalf of her husband as well, how much it meant to them and still does, because of what I did for them then. I was just doing my job, but so much more came from that than I realised. This is just an example of what I am talking about, but an ‘earthly’ example, in other words, one limited to this time and space, which God is not.

Sometimes we wonder about the significance of our contribution to the world, and especially those things we do that no-one notices, because they’re not part of our job description, not part of any plan, or our child is too young to even understand what we do for them. Such actions may seem to have no lasting significance, but they do. And if God can receive Good Friday into his life and ‘reuse’ it, and therefore also every other evil action, think how much more God can use the good and loving things we do! Everything about our lives has an eternal significance. Isn’t it nice to think that nothing of those we love who have died has been lost either?

Jesus’ ascension to heaven is even more encompassing than this. Remember the funny image of Jesus’ disciples dangling on his feet as he rises to heaven. Now consider that from an ecological perspective and you end up with the whole of creation hanging on to those who are hanging on to Jesus, because we are connected and are one with all creatures with whom we share our evolutionary history, and even beyond that is the earth from which we sprang, and the solar system and galaxy, back to the big bang. Jesus doesn’t just take us into heaven. He takes everything into heaven. Everything is received by God into God’s life and thereby given an eternal significance, which transcends the present and is wonderfully beyond our comprehension. Not even the flower I referred to earlier is lost. Remember Jesus says that God knows every hair on your head and every sparrow that falls to the ground. And what God knows, God experiences and is affected by.