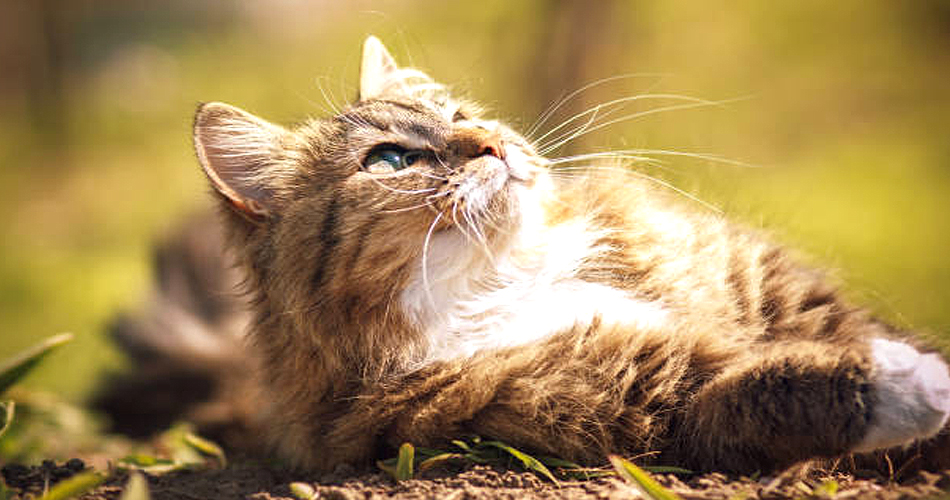 Baptism is embracing the freedom which comes from being loved unconditionally

Sermon by Andy Wurm, Feast of the Transfiguration, 3rd March 2019

In his book, Old Possum’s Book of Practical Cats, T S Eliot included a poem titled The Naming of Cats, in which he says that cats have three names. The first is its proper name, that is, the name it would be known as at the local vet. The second is the name the cat is called by its owners. That would be its nickname, something affectionate and less proper than its first name. And then there’s its third name, which is its secret name – a name that only the cat and God know. When you see a cat sitting in the sun, looking relaxed and happy, we are told, it is most likely contemplating its secret name.

I think that, like cats, we too have three names. There’s our official name – the one the bank knows and is on your special documents. Then there’s your nickname, which your family and friends call you. And then there is your secret name, known only to God and yourself, or perhaps only to God. Your secret name is your true identity.

We might feel we have no need to be given any special identity from God, because we already know who we are, but it’s worth considering where our identity came from, for the source of our identity, is what determines how we live. For example, if I simply act out the role my culture gives me as a man, then in a way, my life will be run by my culture. If I let my achievements define who I am, then my identity will be the sum result of my achievements, less my failures. I could end up with my past running my life, in the sense that my whole value a person hangs on what I did in the past. It also means when I approach the time that I can no longer do as much as I once did, then I’ll begin to lose my identity. There are other ways in which we acquire a sense of who we are or why we matter. All of them are given to us. Even the ways we think come from ourselves, are given to us. Notice, for example, that all hippies looked like they went to the same shop.

The trouble with all these ways of understanding ourselves is that they make us dependent upon others, or upon the culture we belong to. That means we are not free, but bound to them, run by them.

The story of Jesus’ transfiguration reminds us there is another way of understanding ourselves, a way that frees us from being run by others or by our culture. The story is basically God sharing his secret name for Jesus with Jesus’ closest disciples. There are two versions of Jesus’ secret name actually, but the one we hear this time is ‘my Chosen’. In Matthew’s version of this story it’s ‘my Beloved’. That’s God-talk for Precious, meaning deeply loved and delighted in. Why did God let Jesus’ disciples in on his secret name? And why we do we get to know it? Because it’s also ours! That’s the secret name cats contemplate while sitting in the sun, and it is the same name God gives us too – for God is the same towards us as God is to Jesus (and as God is to cats for that matter). God’s attitude is fixed and unchangeable, which means there is nothing we could do to make God love us more – or less.

Today at Crafers, I am baptising two boys. Behind all the jargon and ritual of the baptism service lies the notion that for both of them, their deepest identity is that they are loved by God. That means God delights in them, as we do of anyone we love deeply. That core belief is something those boys can grow to understand as they get older, and a source of security and strength they can return to throughout their lives, for every day they will face doubts and challenges to be other than their true selves, as we all do.

Those doubts and challenges come as temptations to believe our worth depends on us being better than others, or depends upon what others think of us, or depends upon whether we achieve anything ‘worthwhile’. Elijah is a great example of that, hence, he appears alongside Jesus as a contrast and example of what not to be like. Elijah was a prophet, who lived long before Jesus’ time. He discovered his true identity in a way similar to St Paul, for they both went about crushing their opponents in the name of God, only to discover that God wanted no part of that. Both of them went from being legends (in their own minds and in the minds of their mates) to realizing they were failures. As God required no crushing of enemies, they were led to discover an alternative means of feeling worthwhile and that they mattered in the world. Through realizing they were loved by God, despite all they had done, they came to see themselves as persons in whom God delighted. In fact, I reckon they would be happy with a definition of God as the One Who Delights in Us.

If God delights in us, then rather than worrying too much about whether we’re doing the right thing by God, instead we can relax and be our natural selves. That doesn’t always come easy for us, especially as we’ve all endured a lifetime of messages that we ought to be something else. So a good way to help ourselves relax more is to be more relaxed about others, letting go of concerns for what we think they should be and how they should live, and trying to appreciate our differences, rather than being too bothered by them. In other words, reminding ourselves that God delights in others will help us appreciate God’s delight in us and hopefully will result in us delighting in ourselves. That doesn’t mean becoming obsessed with ourselves, in fact, more like the opposite, because, free of concern over whether we matter or not, we become less obsessed with ourselves.

To finish off, I’d like to spend a few moments considering the questions that are put to candidates being baptized, in light of the proposal that baptism involves receiving our true identity from God. The candidates are asked four questions, which are as follows: Do you turn to Christ?; Do you repent of your sins; Do you reject selfish living and all that is false and unjust?; and Do you renounce Satan and all evil?

To turn to Christ is to affirm Jesus as offering us the way to flourish as human beings. To repent of your sins is to respond to God’s love for you by living graciously, in generosity and respect towards others. To reject selfish living and all that is false and unjust, is to reject trying to earn or protect your worth, to reject any sense of worth given to you with conditions attached, and to reject any division which ascribes to some people worth and to others worthlessness.

The last question involves renouncing Satan. I first need to say a few words about Satan, because mention of his name can be disturbing. Satan is not a person. There is no individual called Satan. Satan is a role, a bit like the character named the Dread Pirate Roberts in the film The Princess Bride. The Dread Pirate Roberts is feared across the world’s oceans, and yet there is no such person. There once was, but he got tired of pirating so handed on the title to his first mate. When the ship reached harbor, it took on a new crew and as none of the new crew had actually seen Roberts, when the first mate claimed to be him, the crew believed him. That went on for years, with various people playing the role of the Dread Pirate Roberts. Similarly, Satan is a role – it refers to whoever or whatever stands against God. When it comes to how we construct and maintain our identity, Satan works in a particular way. Renouncing Satan and all evil therefore, involves rejecting all means whereby we set ourselves apart from others, who we then reject in order to feel good about ourselves.

In short, these are all ways in which we choose to live in the freedom of God’s love, rather than letting our lives be run by others. We will not be perfect at it, but that’s okay, because we don’t have to be, which is the whole point of baptism.