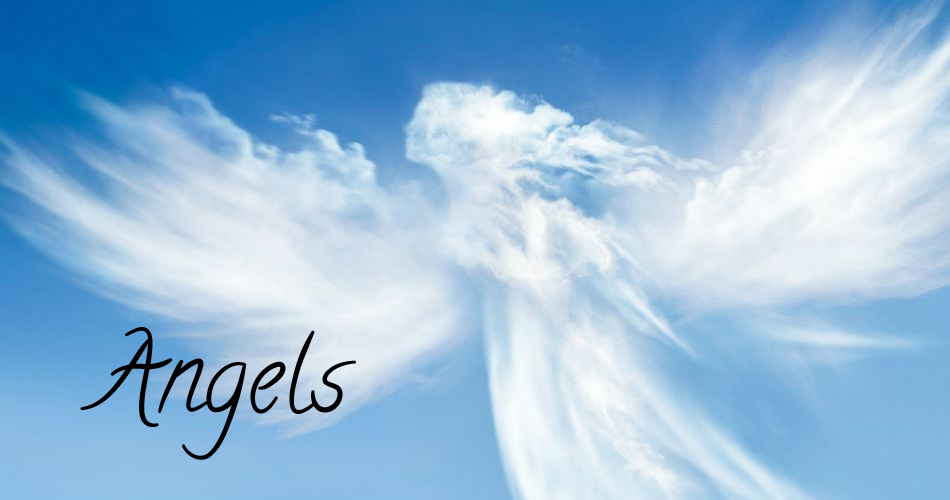 Angels as the unseen powers in our lives

Sermon by Andy Wurm, for St. Michael and All Angels, 29th September 2019

Angels are one of those things that you can get really different reactions to. Some people love them, while others say they’re nonsense. Some people even say believing in things like that is dangerous, because it allows people to give up responsibility for their actions, especially when they say it was some kind of spiritual being that led them to do something. The devil would be the best example of that.

For some people angels can be a way of having the divine present in their life, but in a way that’s just warm and fuzzy, but not necessarily demanding, because you can sort of make what you want of them.

My interest is whether or not Christians can believe in angels in a way that is consistent with the bible, our major beliefs, but also our experience and how we understand the rest of the world. I think we can and that it’s helpful to our faith and enriches our understanding of life. Talk of angels and other spiritual entities can be problematic though, because some Christians give them way more significance than they should. And, as I’ve already alluded to, people have used talk of the devil, for example, to manipulate others, especially through fear. So I reckon a majority of Christians these days, at least in mainline denominations, would see angels as nice figures from the past, but not something they really believe in now.

Having said that though, lots of people have experienced miraculous events in their lives, which they explain an intervention of guardian angels. The problem with believing in the intervention of guardian angels is why they only seem to help on some occasion and not others? And why do they only help particular people and not others? These challenges don’t take way the fact that people have these so-called miraculous encounters or experiences though. My belief is that what happens when people feel they’ve experienced miraculous activity they ascribe to a guardian angel, is that for a moment, they have for some reason, been open to information or connection to a person or place, in a way that goes beyond the usual. Our culture tends see people as individual islands to themselves, so when we are abnormally open to others and better able to sense things between us, it seems supernatural.

Probably the next most popular way people might think of angels is as messengers, and that is what the word literally means in the bible. So is it reasonable for us to believe in angels in that sense? Yes, I think it is. In fact, as we can’t always be perfectly sure whether God is communicating directly or indirectly with us. The angel is a good way of representing that. When you walk in a forest and get a sense of inner calm, is that God giving you that, or it is coming from God through the trees, or through what we might call the spirit of the place? When we use the symbol of an angel in this way, we are doing what the ancients did, i.e. they didn’t invent the idea of angels to explain things they could understand because they weren’t as clever as we are with our modern scientific knowledge, they weren’t even explaining things, they were describing them. They used symbolic figures to represent ‘out there’ what was experienced ‘in here’ – just like Freud spoke about the ego: it’s not something you can hold in your hands, photograph or weigh, but it’s real, in that it corresponds to something real in a person. And acknowledging and taking into account its existence is a helpful. Similarly, the ancients knew that acknowledging and taking into account the influence of angels and other spiritual phenomena, is helpful.

In the Book of Job we’re given a picture of how the ancients thought of angels. Each one of them is

assigned a portfolio of earthly activity to manage. The angels gathered around God’s heavenly throne for staff meetings to report what’s going on in their area of responsibility and were held accountable by God. The Book of Daniel features angels whose portfolios are particular nations. The angel responsible for Persia was called the Angel of Persia, the Angel of Israel was called Michael. This is a symbolic means of connecting earthly things, such as nations, with God. So the angel of a nation is responsible for channelling God’s love to its nation and reminding it what its divinely-given purpose is, while at the same time, the angel represents the nation to God as its character. The angel’s job is to serve God, which means its nations’ job is to serve God. If the nation was self-serving, so too was its angel, which mean it was a fallen angel.

Nations, however, are not the only corporate human bodies or collectives which are in relationship with God. Just like the nations of the world, so too are business corporations, clubs, organisations, churches, schools, states, governments, and so on. Each of them can be considered to have their angel, bearing their character, but also holding their true purpose. So, for example, the true (God-given) purpose a nation exists is to serve its people and contribute to the good of humanity as a whole, however, it may have fallen from its purpose, and become self-serving. In an extreme sense that could involve conquering other nations and plundering their resources and people for itself, or in a less extreme way of just looking after its own interests with little concern for the wellbeing of other nations. Similar things may be said about a company. It may serve only the interests of its shareholders, at the expense of its workers, or the people in whose country it carries out its business. In these cases, their angels need to find their way back to their true purpose.

In our prayer book, during the eucharistic prayer, we pray that we worship ‘with angels and archangels and the whole company of heaven’. In doing so, we symbolically place ourselves around God’s heavenly throne (God doesn’t have a literal heavenly throne) WITH the spiritual representatives of corporate entities. In other words, we gather with the angel of BHP, the angel of McDonalds, the angel of the Department of Human Services, the angel of the Tax Office and so on. Like us, the angels have a calling, a vocation to serve others, to serve the common good. None of us exists to serve ourselves, or serve anything other than God, for that is idolatry. Whenever we fall from our true purpose, the church’s mission is to call us back to it, and the same goes in regard to fallen angels. In other words, the church must call corporate bodies back to their true purpose.

The New Testament is full of concern with how power is exercised in the world, whether it be spiritual, cultural, economic, military, political, religious, psychological and even the sort that physics deals with. The umbrella term for all these forms of power is the Principalities and Powers, or the Powers That Be. Included among them are some of the beings mentioned in the first hymn: dominions, princedoms, powers, angels. They are not beings that float around the place, they are specific, actual forms of power in the world. Think of the power of cultural norms, for example, or the power of law, or the power of economic drivers. These are forms of power that influence our lives in a very real way. Often we feel at their mercy, for example, could anything be done to stop car manufacturing closing down in Australia? Could our governments do anything? Could we do anything, or the unions? The power of market forces, the industrial power of other countries and other forces at work, meant we were powerless. So often we feel powerless and hopeless, because the ‘Powers That Be’, that is the powers, the forces which run the world are so powerful. But remember the Powers That Be, like the angels, which are part of them, exist to serve God and ultimately must be subservient to God. I’d like to finish off with the final word on angels and other spiritual powers, coming from St Paul.

St Paul says ‘I am convinced that neither death, nor life, nor angels, nor principalities, nor things present, nor things to come, nor powers, nor height, nor depth, nor anything else in all creation, will be able to separate us from the love of God’, he is saying that no form of power can separate us from God. So, our culture may pressure us to give up our faith; our church might say you are the wrong gender or sexual persuasion to hold office; our economic system may tell us we only matter if we make lots of money, our moral code might tell us we are worthless if we commit a crime, our fellow citizens might reject us if we hold this or that view about climate change; we may even internalise cultural judgements which tell us we are inferior if we are less abled than others, or not as good looking as the parish priest for example, but NOTHING can separate us from the love of God. Nothing can take that away from us, because every form of power is created and therefore temporary and not as strong as God. No form of power has the authority to tell you whether you matter or not, no form of power has the authority to define your place in the world, in the way that God does, and so you must not listen to them, let them persuade you or lead you. We must not cooperate with them when they try to, and God’s Spirit will help us to do so.

It is important that we acknowledge the existence of angels and all the spiritual powers, because they are always trying to take over from God and run the world, but so are we. They are also good, and often serve God by serving the common good, and so do we.